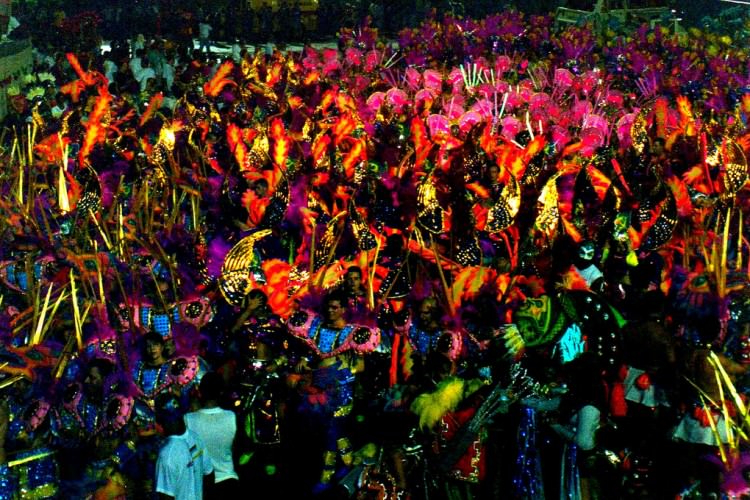 When you think of a carnival you might think of standing in a store parking lot in the middle of summer while your kids scream their heads off on rickety rides. But Carnival in Brazil is a celebration like no other in the world. For five days prior to Lent, residents in Rio de Janeiro and numerous other cities across Brazil, dresses up, lets their hair down and dance the days and nights away. As Rio’s top tourist draw, the festival brings in more than $665 million in income during Carnival each year.

Carnival has its roots in a spring Greek festival to honor the god of wine, Dionysus. The Romans adopted the same tradition to honor their god of wine, Saturnalia, and on this day slaves and their masters exchanged clothes, got drunk and celebrated. The Roman Catholic Church eventually modified the celebration to fit the church calendar and held the festival in the days before Lent. Portuguese immigrants brought the festival with them to Brazil, with celebrations dating back to as early as 1723. The parties looked much different then, as people went into the streets and threw buckets of water on each other as well as food and mud. In time, the festivals became more organized with parades, dancing and floats, eventually becoming a working-class party where anyone could join in the fun.

Fast-forward to today, and many cultures with roots in the Catholic Church have celebrations to mark the last day before Lent- when fasting and deprivation are the norm. Polish Catholics celebrate with fat Tuesday as they clean out their kitchens of fat and sugar and eat their famous fried donuts called paczkis (pronounced punch-key). Places in the United Kingdom, Ireland, Australia, Canada and New Zealand celebrate Shrove Tuesday by eating pancakes, and New Orleans is famous for its Mardi Gras parades and parties. But Carnival is still the largest and most unique pre-Lent festival in the world.

If you have Carnival on your bucket list you might want to learn how to samba. The samba is the official dance of Carnival and made its debut at the festival through the influence of African slaves. The samba theme songs, colorful costumes and elaborate parade floats are now the highlight of Carnival. Along with learning to samba, decide how well you do in large crowds before heading to Rio for the festivities. More than 500,000 tourists visit Carnival each year and over a million people total take part in the annual celebration.