South America: So Much More Than Beach Bum Fun 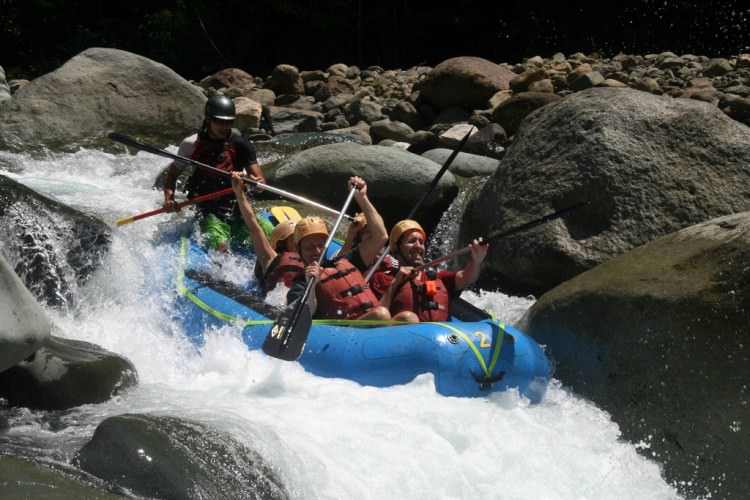 South America has more area of tropical climate than any other continent. As a result, it receives tremendous amounts of rain. More than anywhere else on Earth.
The Amazon River is not only the largest river in South America, but in the World by volume and it is not even close. The Amazon River is five times larger than the next closest.
What does that mean for whitewater enthusiasts? It means that there are more rivers and more rivers that run year round than anywhere else on the planet. Specifically, Ecuador is the world’s whitewater paradise.
However, many other countries in South America have incredible whitewater including Chili, Argentina, and Patagonia. In reality, the whitewater is probably better in these three countries than in Ecuador, but the seasons are only three to four months long.

South America is also home of the longest mountain range in the world, the Andes. The Andes have the highest peak in both the southern and Western Hemispheres, Aconcagua, as well as the highest active volcano in the world, Ojos de Salado.
As a result, the mountain recreation opportunities are unlike any others found elsewhere in the world. In Chili, a skier’s view from atop the slope can be of the Pacific Ocean. The hiking, backpacking, mountaineering, and climbing in Chili, Argentina, Patagonia, and Bolivia offer some of the most awe inspiring and remote locations on Earth.
Notable ski areas include La Hoya in Chili and Cerro Catedral in Patagonia. The mountaineering and climbing near Mt. Fitz Roy in Patagonia on the border between Chile and Argentina is holy and there is mountain biking in the Amazon rain forest, in cloud forests, in the Andes, on the Galapagos Islands and around Machu Picchu.

If you would prefer to take in the sights from a car, there are a few places you can’t miss. Among them are the Road of Death in Bolivia that drops almost two miles in a distance of only 40, Ticlio Pass in Peru which is the highest paved road in South America, and the coast of North and East Brazil.
If you are looking for an adventure of a lifetime you’ve got to check out South America and all that it has to offer.