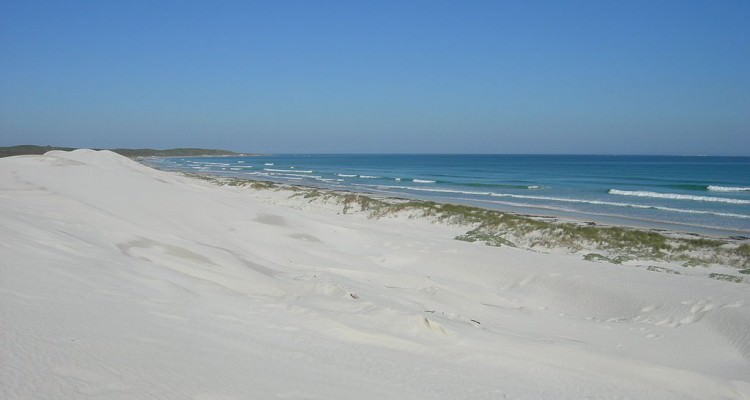 The risks of a swimmer succumbing to a Jaws scenario is quite low, with less than one hundred recorded attacks by sharks each year. In fact you are more likely to be killed by a mountain lion than a great white, statistic wise. However, some beaches have higher shark bite rates than others. If you don’t like sharks you might want to avoid these beaches.

This beach ranks as number one for a simple reason: sharks love the huge quantities of seals that show up here. Each year it’s estimated that more great white sharks patrol the coasts of South Africa than any other nation, looking for seals as they venture out into the sea for fish and squid.